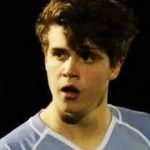 James Murray describes his son Ben as a very kind, gentle giant of a man.

The first-year student at Bristol University had told his father he was worried he would be thrown off his course for lack of attendance. He did not admit he had already been sent a letter that said he was being dismissed.

Ben is one of 12 students at the university to die in three years. At an inquest into his death, the coroner called for universities to “destigmatise” mental health issues after concluding that Ben took his own life.

James Murray has worked with Bristol University to develop a new system to deal with students who need support. Last September, vice-chancellor Hugh Brady brought in an initiative that allows students to opt in to a scheme that would allow staff to contact a friend or relative if there were serious concerns about a student’s mental health. Mr Brady said around 95% of students have signed up.

If you want to know the basics about understanding Mental Health, do take a look at this Online Mental Health Awareness course.

Business leaders and unions have called for mental health to be given the same weight as physical first aid in workplace legislation. An open letter urging Theresa May to prioritise manifesto pledges to act on mental health […]

Mental health first aid course: How can training help anxiety, depression, addiction and other conditions in the workplace?

When we think of first aid, we tend to picture a green box filled with plasters, bandages and antiseptic cream for the various cuts and scrapes we accumulate from accidents in the workplace. What is […]

This website uses cookies to improve your experience while you navigate through the website. Out of these cookies, the cookies that are categorized as necessary are stored on your browser as they are essential for the working of basic functionalities of the website. We also use third-party cookies that help us analyze and understand how you use this website. These cookies will be stored in your browser only with your consent. You also have the option to opt-out of these cookies. But opting out of some of these cookies may have an effect on your browsing experience.
Necessary Always Enabled
Necessary cookies are absolutely essential for the website to function properly. This category only includes cookies that ensures basic functionalities and security features of the website. These cookies do not store any personal information.
Non-necessary
Any cookies that may not be particularly necessary for the website to function and is used specifically to collect user personal data via analytics, ads, other embedded contents are termed as non-necessary cookies. It is mandatory to procure user consent prior to running these cookies on your website.
SAVE & ACCEPT
PHP Code Snippets Powered By : XYZScripts.com