A cyclist jumped in and rescued a Preston driver’s life after a van veered off the road and into a ditch just meters away from him near Chorley. 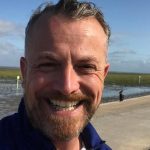 Stephen Martindale, 40, a former Royal Marine from Horwich, was cycling home with a friend after visiting Southport on Friday, April 10. As they reached Bretherton, a van which was travelling in the opposite direction veered off the road and into a ditch. The driver, who wishes to remain anonymous, crashed after losing-consciousness at the wheel at around 6.30pm.

After checking the driver’s pulse, breathing and heart rate, Stephen pulled them out of the van and started CPR.

Is Resusci Anne based on a real person?

Thousands, if not millions of people have been on a First Aid course where they practised Cardiopulmonary Resuscitation (CPR) on a Mannikin – ‘Annie’. Annie’s face has remained the same for years, but who is […]

A group of first aid trainees thought their instructor was role-playing during a class on how to perform life-saving CPR as he had a heart attack during a lecture. David Knowles, 77, began to lose consciousness […]

The Health and Safety Executive (HSE) is warning against the use of KN95 facemasks as Personal Protective Equipment (PPE). A safety alert has been issued today, Thursday 11 June 2020, urging all employers and suppliers […]

This website uses cookies to improve your experience while you navigate through the website. Out of these cookies, the cookies that are categorized as necessary are stored on your browser as they are essential for the working of basic functionalities of the website. We also use third-party cookies that help us analyze and understand how you use this website. These cookies will be stored in your browser only with your consent. You also have the option to opt-out of these cookies. But opting out of some of these cookies may have an effect on your browsing experience.
Necessary Always Enabled
Necessary cookies are absolutely essential for the website to function properly. This category only includes cookies that ensures basic functionalities and security features of the website. These cookies do not store any personal information.
Non-necessary
Any cookies that may not be particularly necessary for the website to function and is used specifically to collect user personal data via analytics, ads, other embedded contents are termed as non-necessary cookies. It is mandatory to procure user consent prior to running these cookies on your website.
SAVE & ACCEPT
PHP Code Snippets Powered By : XYZScripts.com